“Strike” and “protest” are trending this week in industry news. IATSE is gearing up for a possible strike against the film and television industry, which would be the first industry-wide strike in the union’s history. Transgender actors and advocates for trans inclusion on Broadway gathered in Manhattan for the Trans March on Broadway. Issa Rae is partnering up with American Express and the U.S. Black Chambers to promote ByBlack, the first nationwide certification program for Black ownership. These and other news stories of the week.

IATSE Gearing Up For Possible Strike Against Film & TV Industry

IATSE is gearing up for a possible strike against the film and television industry, which would be the first industry-wide strike in the union’s history -- Deadline reported.

A strike would still be several weeks away but IATSE continues to prepare for a possible walkout, sending out a text-messaging campaign to educate members about the negotiations and what’s at stake.

“Our goal is to reach every single one of our members and make sure they know what is going on in negotiations; where to go get more information; and, when the moment comes, how to make their voices heard by voting,” the union said in a message to members Tuesday night. “We don’t know what the vote will be — contract ratification or strike authorization — but we know it is coming, and we need local members to speak out in large numbers.”

It’s the first time the word “strike” has appeared in any of the union’s communications. It represents more than 150,000 workers in live theater, motion picture and TV production, trade shows and exhibitions, television broadcasting, and concerts.

IATSE said on August 31 that the two sides remain “very far apart” on the main economic issues, which include shorter workdays, livable wages, sustainable pension, and health benefits, and New Media rates that reflect the success of the streaming companies.

“We need your help!” the union told its members. “If you are willing and able to volunteer for a few hours over the next month to help with text-messaging outreach to educate and inform local members, let us know. … The texting will likely take place during a relatively short window between our next bargaining session on September 9 and the end of this month. Our power lies in our membership, and we need to harness that power to win a better contract.”

Transgender actors and advocates for greater trans inclusion on Broadway gathered on Monday, Sept. 6 in Manhattan’s theater district for the Trans March on Broadway. The event was organized in response to producer Cameron Mackintosh’s recent statements that transgender casting in classic musicals is a “gimmick.” Variety covered the protest.

“I’m not marching because of Cameron Mackintosh. I’m marching because there is trans erasure in this industry, and I want to have a conversation about trans people, led by trans people,” Sis, the actor, activist, and founder of the Next Generation Project who organized the march told Variety in an interview before the event.

“When I look out, I see so many beautiful faces,” Peppermint, the Rupaul’s Drag Race star and transgender theater actress, said before the gathered crowd Monday afternoon, made up of a few hundred members of the New York theater community. “Of the trans faces I see, I see actors, performers, speakers, writers and creators. And I don’t see a single ‘gimmick.’ What I see are opportunities, and it’s time that they—they who are in the business of Broadway—know it.”

Mackintosh, the producer of Les Misérables and The Phantom of the Opera, tried to clarify his remarks, insisting that he was speaking specifically about re-casting the lead role in his musical version of Mary Poppins with a trans actress.

“Unfortunately, my answer has been misinterpreted to suggest that I am opposed to casting a transgender performer to play the role,” Mackintosh said in a statement. “This is absolutely not true. I meant only that I would not as a producer disregard the author P.L. Travers’ original intention for the character.”

“To be clear, whether a person is trans has no bearing on their suitability for any role in any of my shows, including Mary Poppins, as long as they can perform the role as written,” he added. “I am very sorry for any distress caused by my remarks being misrepresented. Trans actors are welcome to submit and audition for any of my productions.”

“If you get a show on Broadway, that show can be licensed,” Sis explained, “The minute a Black trans woman leads a new work or an original Broadway cast, that sets a precedent for everything that follows. Every time you cast that show, whether you’re in Minnesota or a high school in Texas or a South Korean tour, there must be a Black trans woman who tells that story.”

Casting a transgender actor in a Broadway role doesn’t have to be at odds with the demands of commercialization, Sis says.

“You can do two things at once, and they’re things that are of value to this industry,” she finished. “Tell a story and make money.” 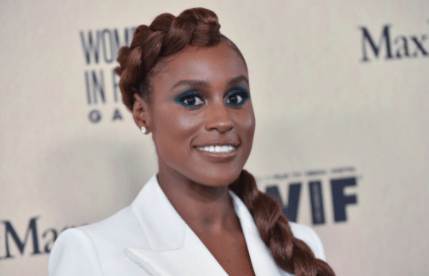 The Insecure star Issa Rae is partnering up with American Express and U.S. Black Chambers to promote ByBlack, the first nationwide certification program for Black ownership.

“Black businesses are American businesses,” Rae tells Variety. “I think it’s one thing to support them during a very specific time when you feel guilty, but we’re beyond that. To support these businesses year-round, and to know what you’re supporting and actively making an effort to do so, is extremely necessary. To have a platform that can allow Americans to easily find Black businesses is such a necessary change.”

As for the entertainment industry, Rae says Hollywood has made strides toward diversity and inclusion, but it has a long way to go.

“In the last five years there’s been more of an effort behind the cameras, but even that’s still limited,” she says. “It’s like one hire or two hires isn’t enough. You have to think deeper. And you have to think like, how can you give people experience to grow in the industry as well? If you are hiring PAs of color, then make sure that they’re on track to be able to get promoted and get those hours. There’s just so much more to it.”

A 13-person curatorial team at Academy Museum of Motion Pictures, with only two men in its ranks, documented stories of women in film for a new exhibit -- LA Times reported.

During the silent era, there were plenty of female editors. They were called “cutters,” and because the work was meticulous and time-consuming, it was considered akin to sewing, and paid accordingly.

“There were women in the silent era that were extremely respected and influential and earned a lot of money for that time. However, when sound came in and when the movie industry got more industrialized and powerful, more money got involved,“ Senior Director Doris Berger says. “I’d say overarchingly, that’s sort of the moment when women got pushed out of that field.”

The team found hidden stories about underappreciated women in the film industry. When it came time to figure out how to highlight those women’s stories into exhibits, unique difficulties arose.

“When you’re a museum that is object-based, you are thinking about the preservation and archive of cinema history,” Assistant Curator Sophia Serrano says. “Finding significant things that have to do with these women’s history is another challenge — because they aren’t traditionally archived in the same way. The archives might not be valued as highly if it’s coming from a film that’s not appreciated in the same way as canon films made by men.”

Piecing together the stories of women was a difficult but much-needed process -- the new exhibit celebrates unsung female heroes.

“Curating is not just selecting in a vacuum, it is also the combination of stories you are telling and what happens in between that space,” Berger says. “That’s why it’s so important that we are aware of multiple perspectives, and representation in a larger sense — not just gender, but also sexuality and race and abilities, all of that played a part in our discussions.” 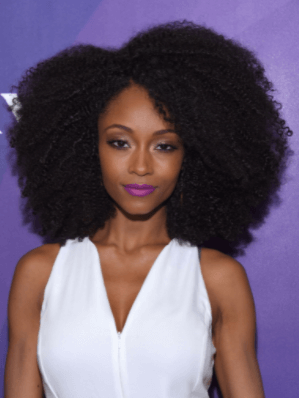 Yaya DaCosta will start as a haircare entrepreneur in Fox’s upcoming drama Our Kind of People, a “full-circle” moment for the actress who was first introduced on America’s Next Top Model more than 15 years ago with her natural hair -- The Wrap reported.

“I became known after that as a natural hair icon,” DaCosta said during a Television Critics Association panel for the show. “Even though I didn’t really speak about it … people were always in my DMs. There’s been this kind of underground network of natural haircare, and to see the movement blossom, and then to come into 2021 and be offered a part like this, felt like everything was coming full circle.”

“Michelle Hurd is a changemaker. She is a shining example of how to balance a successful acting career with dedicated union service and a commitment to improving the lives of SAG-AFTRA members and all workers,” said former SAG-AFTRA President Gabrielle Carteris. “Michelle has led from the frontlines in our efforts to ensure the safety and protection of SAG-AFTRA members and to help eradicate sexual harassment from the entertainment industry. Additionally, she represented the organization before legislative bodies advocating for laws that support and empower members and all workers. Because of her efforts, Hollywood is a safer and better place. Our members are forever indebted to Michelle for her selfless commitment to the SAG-AFTRA mission and we look forward to continuing our partnership in the years ahead.”

DaCosta said the show takes the commitment to natural hair “to the next level,” with honest depictions of Black women caring for their hair. “We’re actually being vulnerable and real, and not relinquishing to the pressure to be coiffed in a way to fit in,” DaCosta said.

“The people that are here in our makeup trailer are doing a great job of allowing us to be the most comfortable in our skin,” said DaCosta’s co-star Rhyon Nicole Brown. “And then as actors [we] go and do what we have studied for years to do … You leave the hair makeup trailer, and you actually look like yourself.”

“In that sense that we’ve sort of come a long way,” actor Joe Morton added. “I remember a time when there were only two kinds of makeup for black people. When I was Negro number one and Negro number two … I would go into a makeup trailer, walk out and then redo my own makeup. When I had hair, I always did my own hair. Because there was nobody in that makeup trailer I could trust.”

“Walking into a makeup trailer is like putting on a mask,” Morton said. “You’re beginning to form the character, beginning to see what that person looks like, how it feels.”

Inspired by the book by Lawrence Otis Graham, Our Kind of People is set within “the aspirational world of Oak Bluffs on Martha’s Vineyard, a historical stronghold where the rich and powerful Black elite have come to play for more than 50 years.”

In Memoriam: Actor Michael K. Williams, best known for his role as Omar Little in The Wire has died at the age of 54. Rest In Power. 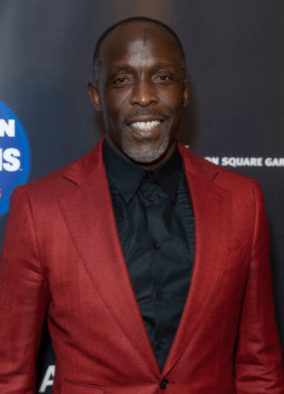