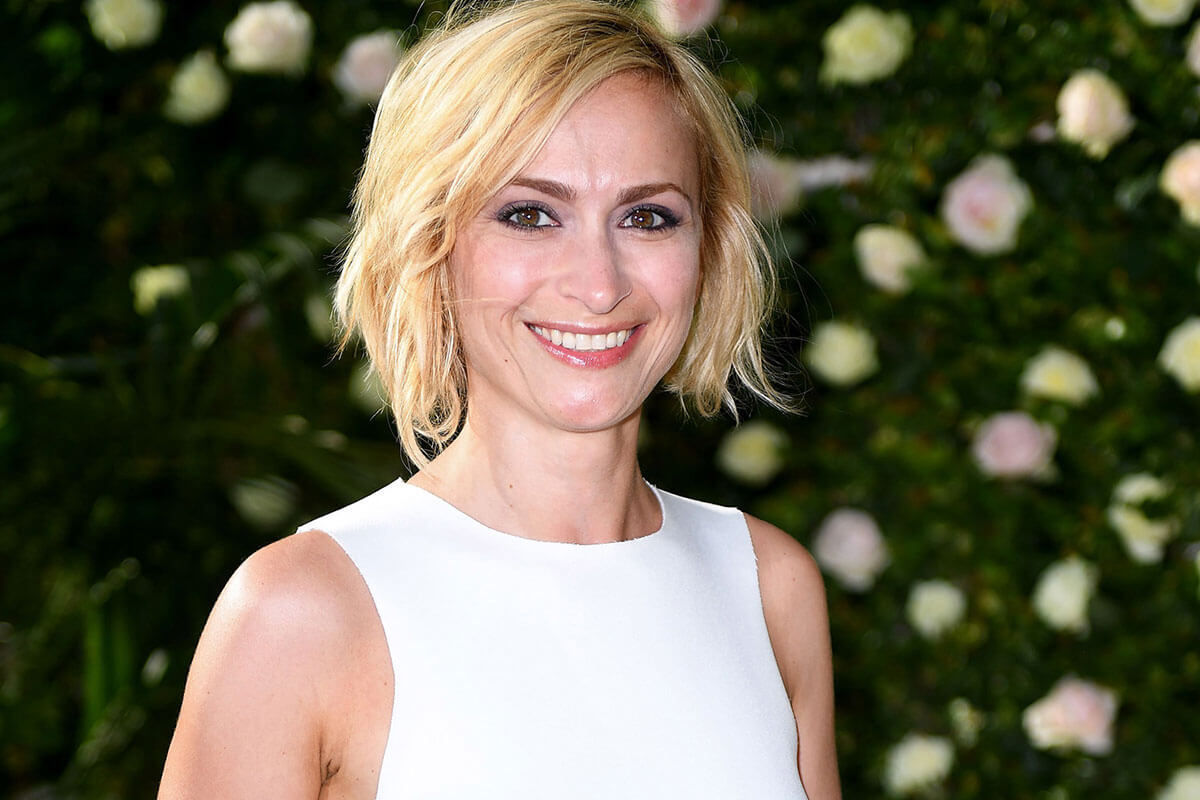 Only family and close friends were in attendance at a private funeral of Rust cinematographer Halyna Hutchins. "Halyna was the love of my life, and our loss of her has devastated our family's dreams," Hutchins' husband, attorney Matthew Hutchins, said.

Mamie Mitchell, the script supervisor on Rust who was the one to call 911 after the deadly shooting, has sued Alec Baldwin and the producers on the film, saying that Baldwin bears responsibility for not checking the gun and that cost-cutting measures on the film endangered the crew members. “I will never forget what happened on the set of ‘Rust’ that day. I relive the shooting and sound of the explosion from the gun over and over again. I am depressed. I don’t feel safe,” Mitchell said.

Crystal Hopkins has resigned as president of IATSE Local 871, citing personal reasons and dissatisfaction with the union’s new contract.

Lastly, time is up for Time’s Up ⏰. The organization will lay off nearly all of its 25 remaining employees and completely “reset,” in the wake of a debilitating conflict-of-interest scandal.

Only family and close friends were in attendance as Rust cinematographer Halyna Hutchin’s ashes were interred at an undisclosed location, PEOPLE reported.

"Halyna was the love of my life, and our loss of her has devastated our family's dreams," Hutchins' husband, attorney Matthew Hutchins, said in a statement provided to PEOPLE.

"We feel the silence of her being forever gone as a suffocating stillness in our home," he said of himself and the couple's 9-year-old son, Andros. "Our love and adoration for her grow as we tell her story, and we hope her work can inspire filmmakers and storytellers around the world. We thank the many generous supporters who have been so thoughtful in our time of loss."

A photo of Halyna's grave marker was also shared with PEOPLE; it reads, "Halyna Hutchins, ASC, 1979-2021," and "Her light shapes our lives, keep chasing your vision." 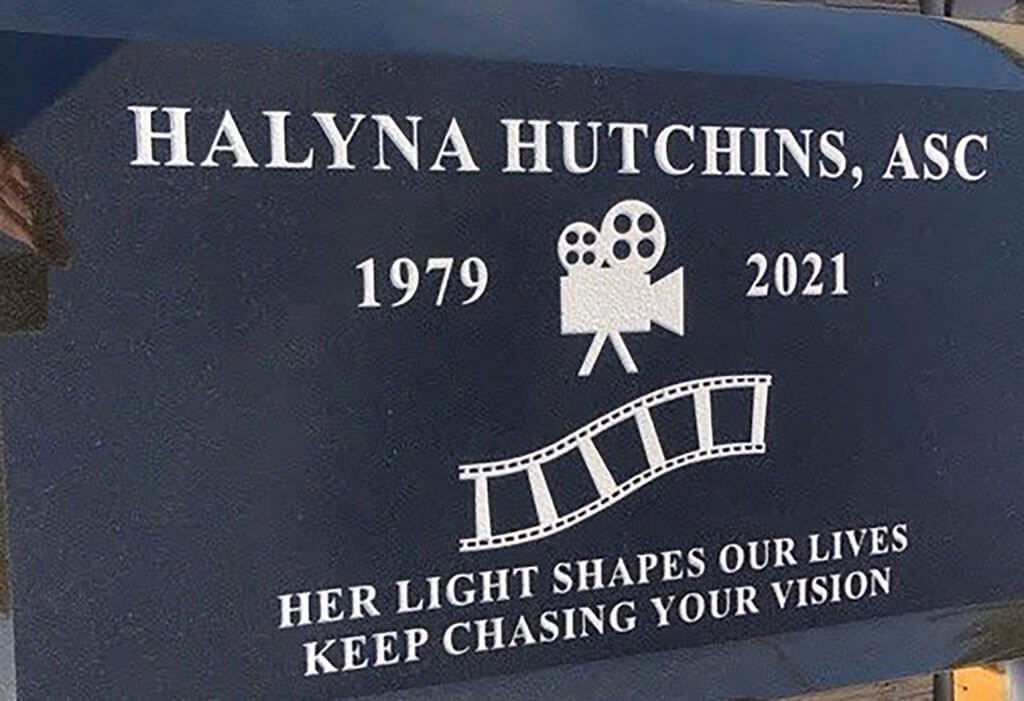 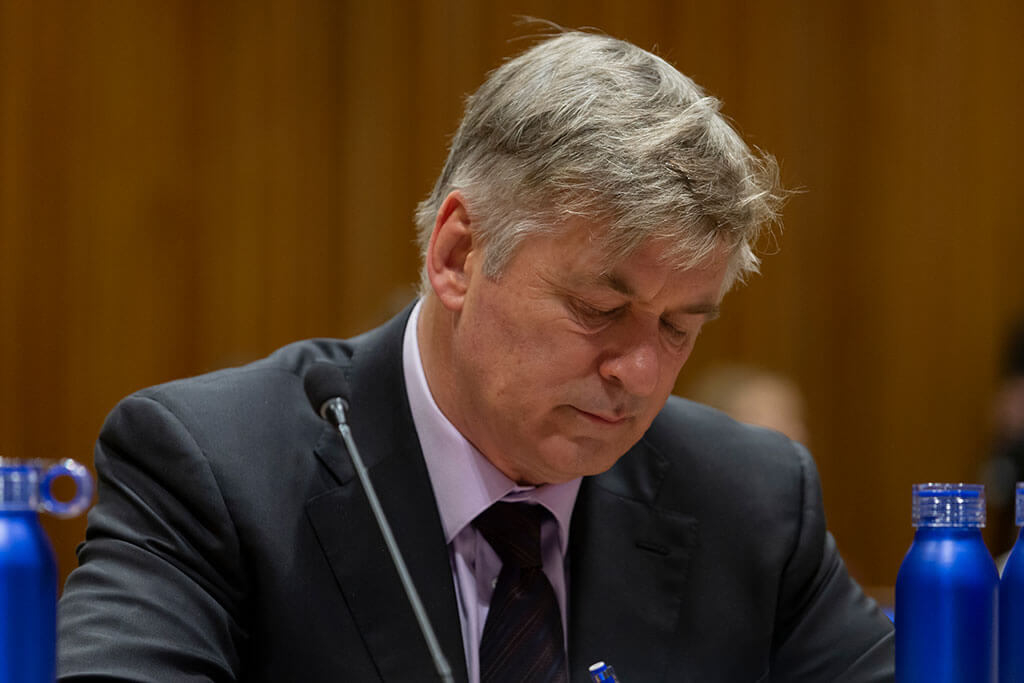 Mamie Mitchell, the script supervisor on Rust who was the one to call 911 after the deadly shooting, has sued Alec Baldwin and the producers on the film, saying that Baldwin bears responsibility for not checking the gun and that cost-cutting measures on the film endangered the crew members -- The Wrap reported.

Her lawsuit is the second such complaint after gaffer Serge Svetnoy also sued the production. She’s accusing the production of assault, intentional infliction of emotional distress and deliberate infliction of harm, and the suit also names armorer Hannah Gutierrez-Reed, assistant director Dave Halls and others as defendants.

Mitchell in the lawsuit also blames Baldwin, who she describes as an industry “veteran,” for not checking whether the gun was loaded, adding that there was limited plexiglass protection within the church set on the film, and crew members were not notified of an option to view the scene on monitors from outside the church away from the action.

“Alec Baldwin should have assumed that the gun in question was loaded unless and until it was demonstrated to him or checked by him that it was not loaded,” the lawsuit reads. “He had no right to rely upon some alleged statement by the Assistant Director that it was a ‘cold gun.’ Mr. Baldwin cannot hide behind the Assistant Director to attempt to excuse the fact that he did not check the gun himself.”

In a new detail, Mitchell goes as far as to say that the script never called for the gun to be discharged in that moment and at no time was she advised that a gun would be discharged. The suit describes three different shots, including close ups of Baldwin’s eyes, a bloodstain on his shoulder and a shot of his torso as he reached for the holster.

“There was nothing in the script about the gun being discharged by Defendant Baldwin or by any other person,” the suit continues.

“I will never forget what happened on the set of ‘Rust’ that day. I relive the shooting and sound of the explosion from the gun over and over again. I am depressed. I don’t feel safe,” Mitchell said in part in a statement. “I’m frightened of the future. This violent tragedy has taken away the joy in my life. I have also lost a new friend who was an extraordinary and rare person and future collaborator. Halyna was a woman who spoke the same language of film as I did. I have been robbed of my new friend. I am very sad and heartbroken for her son and husband, her sister and family and all of her friends who are suffering this preventable and unimaginable loss.”

Mitchell’s lawyer Gloria Allred said in a statement that “the events that led to the shooting by Mr. Baldwin of a loaded gun do not constitute simple negligence.”

“Instead, in our opinion, Mr. Baldwin chose to play Russian Roulette when he fired a gun without checking it and without having the Armorer do so in his presence,” Allred said. “His behavior and that of the producers on ‘Rust’ was reckless. The fact that live ammunition was allowed on a movie set, that guns and ammunition were left unattended on a cart and allowed to be handled by those who had no business handling them, the fact that safety bulletins were not promulgated or ignored makes this a case where injury or death was much more than just a possibility; it was a likely result.”

Crystal Hopkins has resigned as president of IATSE Local 871, citing personal reasons and dissatisfaction with the union’s new contract. Marisa Shipley, the local’s current vice president, will be the local’s next president, running unopposed to succeed Hopkins in the ongoing election.

Hopkins, who has been one of the leaders of the movement to secure better pay for Hollywood’s historically female crafts, resigned shortly before IATSE’s new film and TV contract was ratified.

“My resignation from Local 871 was driven primarily by my personal and family needs,” Hopkins told Deadline in a statement. “Ancillary to that, I also was not the proper person to lead 871 through a ratification of the new contract. When we began negotiating in May, the priorities were clear, and we were united in them. The solidarity and unity never wavered. However, by the time October rolled around and we still did not have a deal, the overwhelming and historic response of the membership for the strike authorization made clear to me that the priorities we were addressing were no longer adequate for the membership.”

Variety reported it was inevitable that new leadership would be put in place after the ratification. The ratification, which passed even though a bare majority of members voted against it, leaves a lot of hard feelings toward the union’s leadership.

Many have directed their anger at Matthew Loeb, IATSE’s international president. Loeb is based in New York, and many in Los Angeles say he did not grasp the members’ need for more significant change in production schedules.

“He is out of touch with the membership,” Amy Duddleston, editor of Mare of Easttown and a board member of the Motion Picture Editors Guild told Variety. “I have never seen him at an IATSE town hall.”

But Loeb, who has served as president for 13 years, was just re-elected without opposition at the union’s convention in July. So some are focusing instead on elections for local officers, many of which are set for next spring.

Some are also pushing for an audit of the vote or a change in the delegate voting procedure, which allowed the Basic Agreement to be ratified even though most members voted no.

Time’s Up to ‘Completely Rebuild’ After Scandal 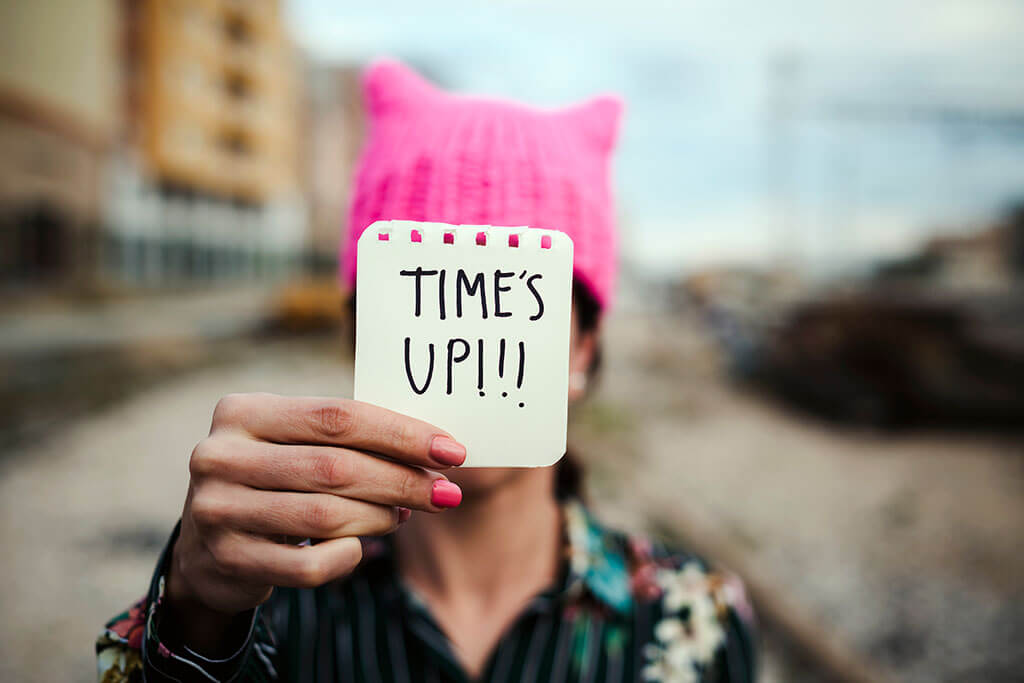 The anti-workplace harassment advocacy group Time’s Up will lay off nearly all of its 25 remaining employees and restructure, in the wake of a debilitating conflict-of-interest scandal -- Variety reported.

Staff members were told that their jobs would end this year but that they would continue to be paid severance through March 1, The Washington Post reported.

The group also released a 54-page report that seeks to address the organizational failures that contributed to its mishandling of sexual harassment charges against former New York Gov. Andrew Cuomo.

Monifa Bandele, who has served as interim CEO for the last three months, will step down at the end of the year, leaving just three staffers and a four-member board — which includes Ashley Judd, one of Harvey Weinstein’s first accusers — to lead the transition.

“The board has decided that a major reset is needed,” Bandele wrote in an opinion piece for USA Today. “We are now in the process of rebuilding Time’s Up from the ground up.”

Tina Tchen, the former Time’s Up CEO, resigned in August after the Washington Post reported that she had instructed the group not to issue a statement in support of Cuomo’s initial accuser.

Most of the other board members stepped down in early September, and the organization then dissolved a star-studded advisory board, which included celebrities like Natalie Portman and Jessica Chastain.

Time’s Up hired consultant Leilani M. Brown to conduct a “phase one” report, which was based on interviews with 85 people connected to the organization. The report addressed the widespread perception that the board failed to actively supervise the CEO, and that conflicts of interest were not well managed. The report also cited the impression that Time’s Up was too closely aligned with Democratic Party politicians.

“Employees shared that TIME’S UP’s status as a ‘well-connected’ organization was a weakness and that the world needed an organization that is not ‘engaged in or beholden to politics,'” the report states.

To read more about how the Cuomo scandal tainted the reputation of Time’s Up, read our older blog post.

There are so many things we are grateful for this year but at the very top of our list is You ❤️- our dear productions.com subscriber and reader. Wishing you a wonderful and safe Holiday filled with the warmth and happiness of the season! Happy Thanksgiving! 🦃