Supreme Court Is Asked to Toss Ruling That Freed Bill Cosby, Dave Chappelle Calls for Donations to Determine Whether or Not Theater Will Be Named After Him And Gucci Family Issues Fuming Statement Over Their Portrayal in ‘House of Gucci’

Dave Chappelle is asking for donations to his alma mater high school, the Duke Ellington School of the Arts to determine whether or not one of its theaters will be renamed in his honor.

The heirs of Aldo Gucci have issued a statement saying they are “a bit disconcerted” about what they claim is their inaccurate portrayal in Ridley Scott’s House of Gucci film. 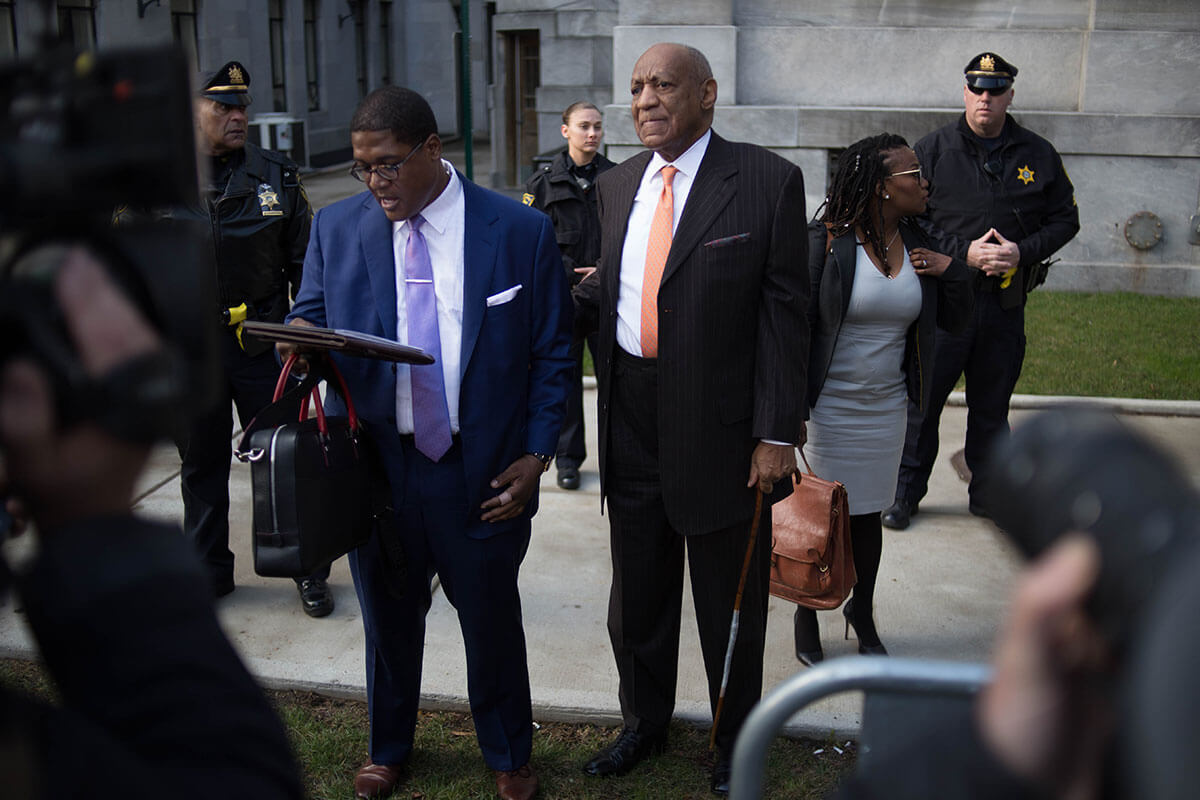 The prosecutors who brought the 2018 sexual assault case are appealing the decision from June by the Pennsylvania Supreme Court that overturned the jury verdict -- The New York Times reported.

Cosby walked free from prison in June after serving less than three years of a three-to-10-year sentence.

According to a statement from the Montgomery County District Attorney’s Office on Monday, a press statement issued by a previous district attorney that sexual assault charges against Cosby would not be filed should not have granted Cosby immunity.

“Where a prosecutor publicly announces that he will not file criminal charges based on lack of evidence, does the Due Process Clause of the Fourteenth Amendment transform that announcement into a binding promise that no charges will ever be filed, a promise that the target may rely on as if it were a grant of immunity?” according to the statement.

The Pennsylvania Supreme Court in June overturned Cosby’s indecent assault conviction and ordered his release from prison after finding that he was denied protection against self-incrimination.

“Petitioning to ask the High Court for review was the right thing to do because of the precedent set in this case by the majority opinion of Pennsylvania Supreme Court that prosecutors’ statements in press releases now seemingly create immunity,” said Montgomery County District Attorney Kevin Steele in a statement.

Jennifer Bonjean, Cosby's attorney who is based in Manhattan, told NBC News on Monday afternoon that her client's case is "factually unique" and "doesn't involve important federal questions."

"It demonstrates a remarkable unwillingness to accept the decision of the state high court," she said. "It seems unlikely that the United States Supreme Court would review a case like this. It seems like a waste of resources and time."

Cosby, a prominent American entertainer, was sent to state prison following his 2018 conviction for drugging and sexually assaulting Andrea Constand--a former Temple University employee to whom Mr. Cosby had become a mentor--in 2004. He was arrested in 2015 at a time when dozens of other women had already come forward to accuse him of sexual assault or misconduct.

Cosby was convicted on three felony counts and was serving a three-to 10-year sentence.

The state Supreme Court said Cosby cannot be retried on the same charges.

Dave Chappelle is asking for donations to his alma mater high school, the Duke Ellington School of the Arts, located in Washington D.C., to determine whether or not one of its theaters will be renamed in his honor -- The Wrap reported.

Before his latest comedy special The Closer debuted on Netflix, the high school announced the renaming plan. But following weeks of backlash for the comedian’s jokes targeting transgender women and the LGBTQ+ community, the ceremony was delayed until April 2022.

Chappelle responded to the news via Instagram on Saturday night with his own proposed plan.

“Talk is cheap (unless I do it),” he wrote. “The Duke Ellington school is a glorious institution. Within those walls I found a context to explore my creativity seriously. Duke Ellington, in large part, prepared me to undertake this noble and difficult profession. It was a fine institution before any of its current occupants got there. God willing, it will be a fine institution long after their tenure is done. My only intent is to insure Duke Ellington the opportunity to train its artists unfettered.”

Chappelle said he considers the request to rename the theater after him “a great honor,” although it was “not my idea, aim or desire.”

He then said that while he intends “to honor that request” come April, he will leave it up to the public to decide by donating to the school.

He continued, “Whichever opinion donates the highest collective dollar amount, wins. If by April, those against the ‘Chappelle’ theater exceed the donations of those who are neutral or in favor of the theater being named ‘Chappelle’, I will gladly steal aside. If not, I will happily attend the naming ceremony. And if you don’t care enough to donate… please shut the f–k up, forever.”

Notably, regardless of which faction prevails, the school will likely receive a substantial increase in donations. 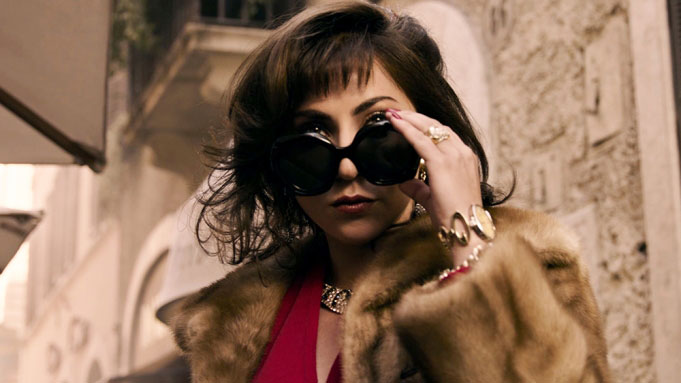 The heirs of Aldo Gucci, who was chairman of the Gucci fashion house from 1953 to 1986, have issued a statement saying they are “a bit disconcerted” about what they claim is their inaccurate portrayal in Ridley Scott’s “House of Gucci” film -- Variety reported.

“The production of the film did not bother to consult the heirs before describing Aldo Gucci — president of the company for 30 years [played by Al Pacino in the film] — and the members of the Gucci family as thugs, ignorant and insensitive to the world around them,” the statement said.

It added that the pic attributes “a tone and an attitude to the protagonists of the well-known events that never belonged to them.”

“This is extremely painful from a human point of view and an insult to the legacy on which the brand is built today,” it noted.

The statement goes on to blast how Milanese socialite Patrizia Reggiani (played by Lady Gaga in the film), who was convicted in 1998 of facilitating the murder of Maurizio Gucci (played by Adam Driver), “is portrayed not just in the film, but also in statements from cast members, as a victim trying to survive in a male and male chauvinist corporate culture.”

“This couldn’t be further from the truth,” the statement goes on to say, since during the 70-year time span when the Gucci company was a family business, it was “an inclusive company,” it claims.

Indeed, during the 1980s, when the film is set, “there were several women who held top positions” at Gucci, whether they were family members or not, such as the president of Gucci America, the head of Global PR and communications, and a member of the board of directors of the Gucci America company, the statement noted.

“Gucci is a family that lives honoring the work of its ancestors, whose memory does not deserve to be disturbed to stage a spectacle that is untrue and which does not do justice to its protagonists,” the statement concluded, adding that “the members of the Gucci family reserve the right to take action to protect the name, image and dignity of themselves and their loved ones.”

No legal action has been taken yet by the Gucci family.

Ridley Scott, speaking on BBC Radio 4’s Today show last week, dismissed previous criticism made to the Associated Press by Patrizia Gucci, who while speaking on behalf of the family, had accused the director of “stealing the identity of a family to make a profit.”

“I don’t engage with that,” Scott told BBC Radio. “You have to remember that one Gucci was murdered and another went to jail for tax evasion, so you can’t be talking to me about making a profit. As soon as you do that you become part of the public domain.”

Hollywood mourns the loss of the barrier-breaking Black designer Virgil Abloh. The 41-year-old passed away of cancer, which he had been battling privately for several years. 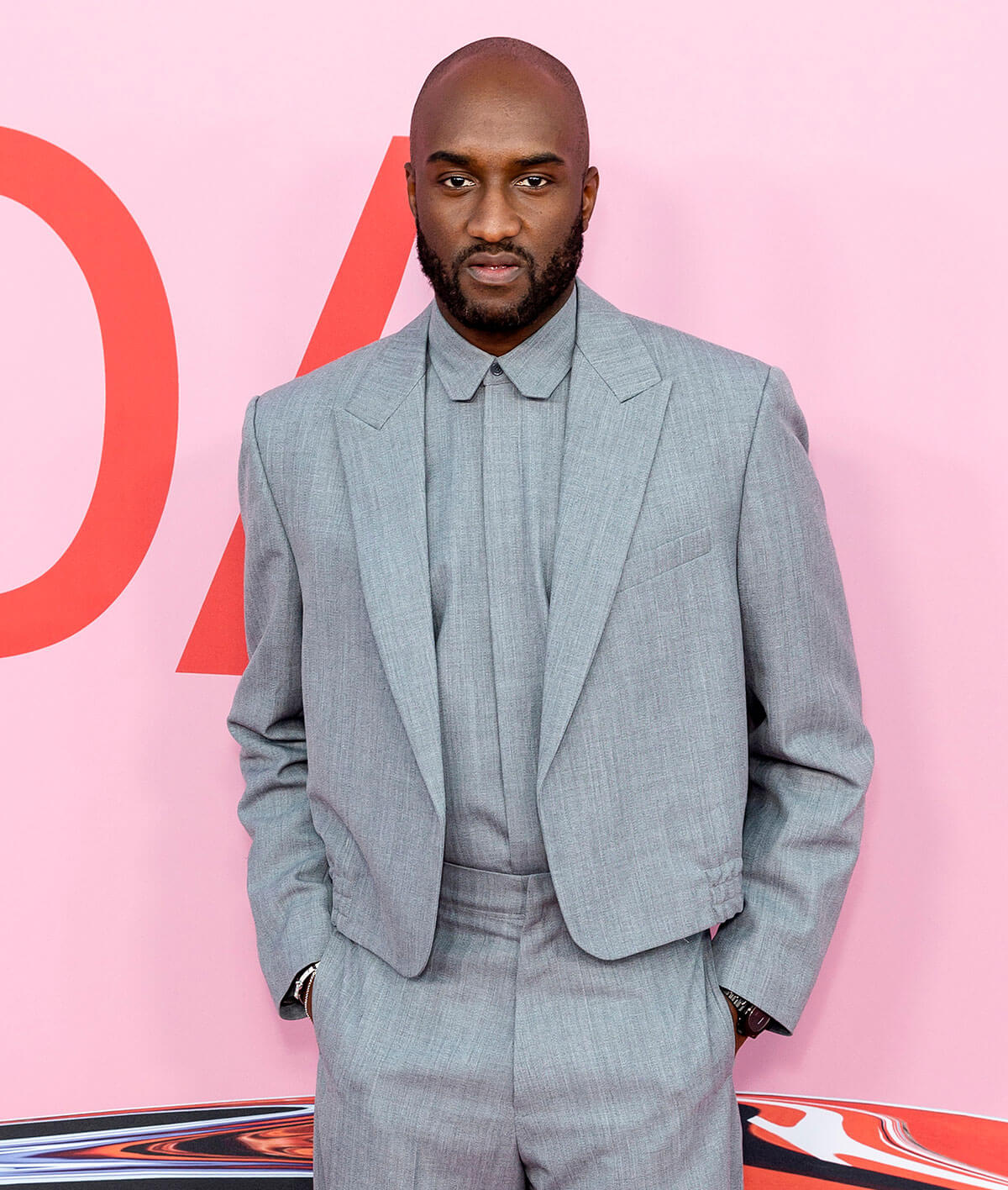 Stephen Sondheim, titan of the American Musical passed away at 91. He was the theater’s most revered and influential composer-lyricist of the last half of the 20th century and the driving force behind some of Broadway’s most beloved and celebrated shows. 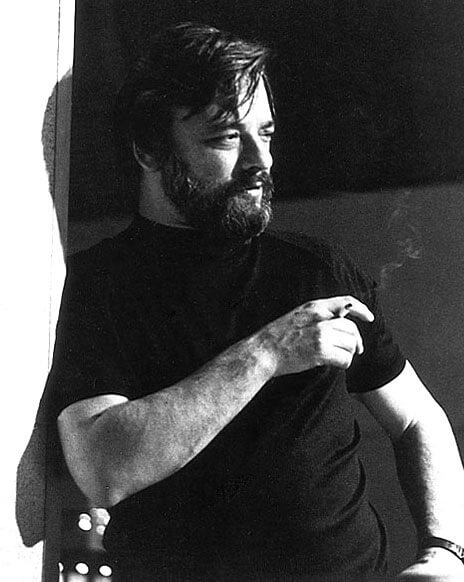