Alec Baldwin sat down with George Stephanopoulos for an exclusive interview on ABC to talk about the shooting of late cinematographer Halyna Hutchins. “I didn’t pull the trigger,” he said.

Longtime CNN anchor Chris Cuomo was fired from the company after a probe into his involvement in helping his brother, former New York Gov. Andrew Cuomo, respond to allegations of sexual harassment.

A lawsuit accuses Netflix of unlawfully releasing a dubbed version of hit South Korean Film #Saraitda, wiping out the potential audience for producers who claim to have the rights to an English-language version of the movie.

Alec Baldwin on ‘Rust’ Shooting: “I didn’t pull the trigger” 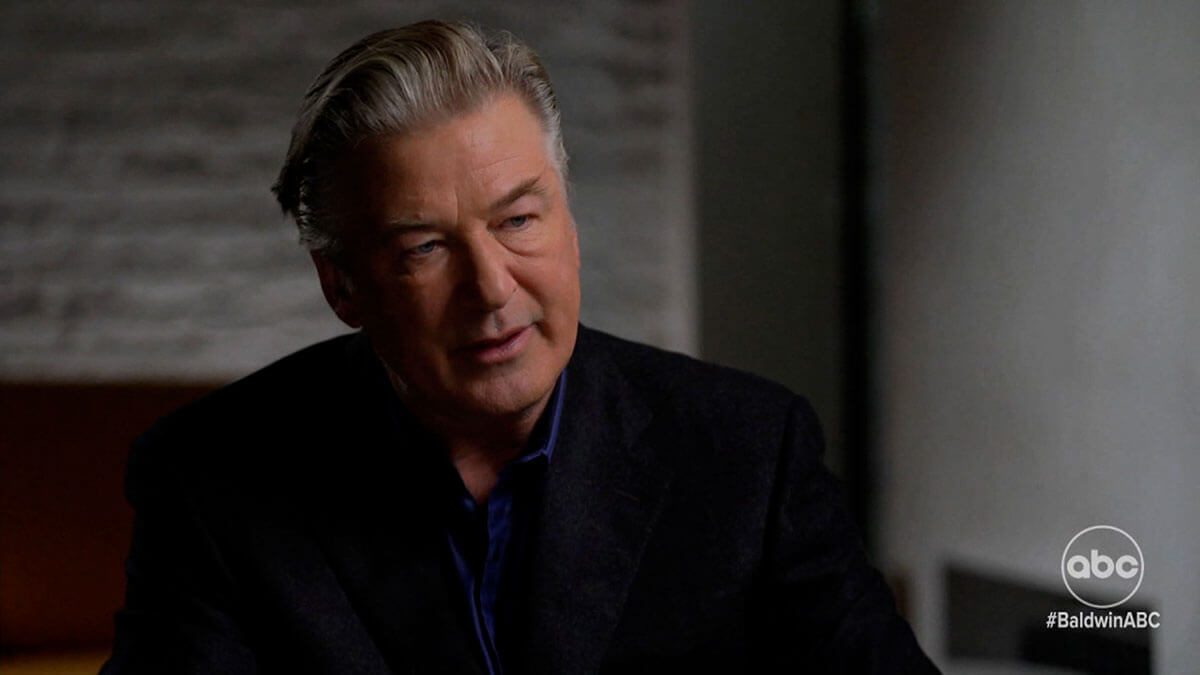 Here is an excerpt from the interview:

Gun in hand, Baldwin said he and Hutchins began blocking out the scene. She was directing his every move, he said: “Everything is at her direction.”

“This was a marking rehearsal,” Baldwin said. “And [Hutchins] says to me, ‘Hold the gun lower. Go to your right. Okay, right there. All right, do that. Now show it a little bit lower.’ And she's getting me to position the gun.”

“She's guiding me through how she wants me to hold the gun for this angle,” he said. “I'm holding the gun where she told me to hold it, which ended up being aimed right below her armpit.”

What happened next remains a mystery. It's the subject of intense public scrutiny and an investigation fronted by the Santa Fe County Sheriff’s Office.

To get the shot, Baldwin said he needed to cock the gun, but not fire it: “The trigger wasn't pulled. I didn't pull the trigger.”

“So, you never pulled the trigger?” Stephanopoulos asked.

Torraco, Halls’ attorney, corroborated Baldwin’s account on Thursday, saying Halls told her “from day one” that he was watching from three or four feet away and “the entire time Baldwin had his finger outside the trigger guard parallel to the barrel … that Alec did not pull that trigger."

You can watch the full interview here.

Chris Cuomo was fired from CNN after a probe into his involvement in helping his brother, former New York Gov. Andrew Cuomo, respond to allegations of sexual harassment. CNN recently announced that the anchor won’t get severance from the company. Cuomo also lost a publishing deal with HarperCollins for his upcoming book Deep Denial -- according to The Wall Street Journal.

CNN President Jeff Zucker said during a virtual town hall he wished Chris Cuomo had taken a leave of absence in May when allegations that he participated in strategy sessions with his brother first surfaced.

In a written statement, the network said it was disappointed with Mr. Cuomo’s characterization of events. “He has made a number of accusations that are patently false. This reinforces why he was terminated for violating our standards and practices, as well as his lack of candor.”

Even though CNN cited new information on Cuomo aiding his brother as a primary reason for firing, this action came just a day after a prominent Washington, D.C. workplace attorney arranged to share materials supporting accusations by a former colleague of Cuomo at ABC News that he had sexually harassed her there – NPR reported.

"My client came forward at this time because she felt that by sharing her story and related documentation, she could help protect other women," the attorney Debra Katz said in a statement. She added that the woman wished to remain anonymous.

Shortly after his firing, Cuomo tweeted a statement saying his termination was "disappointing."

"This is not how I want my time at CNN to end, but I have already told you why and how I helped my brother," he said.

Cuomo’s dismissal leaves a hole in CNN’s prime-time programming block. Zucker said that CNN hasn’t yet made a decision on who would succeed Mr. Cuomo in the 9 p.m. hour, adding that the network would weigh several considerations, including on-air diversity.

The network is in the midst of launching a streaming service—CNN+—that aims to propel it into the direct-to-consumer era by featuring shows with some of its high-profile journalists.

CNN continues to be in the spotlight. On December 13, news spread that CNN producer John Griffin, who worked with Chris Cuomo for years, was arrested by the FBI after a federal grand jury charged him with enticing minors to engage in "unlawful sexual activity" at his Vermont property. 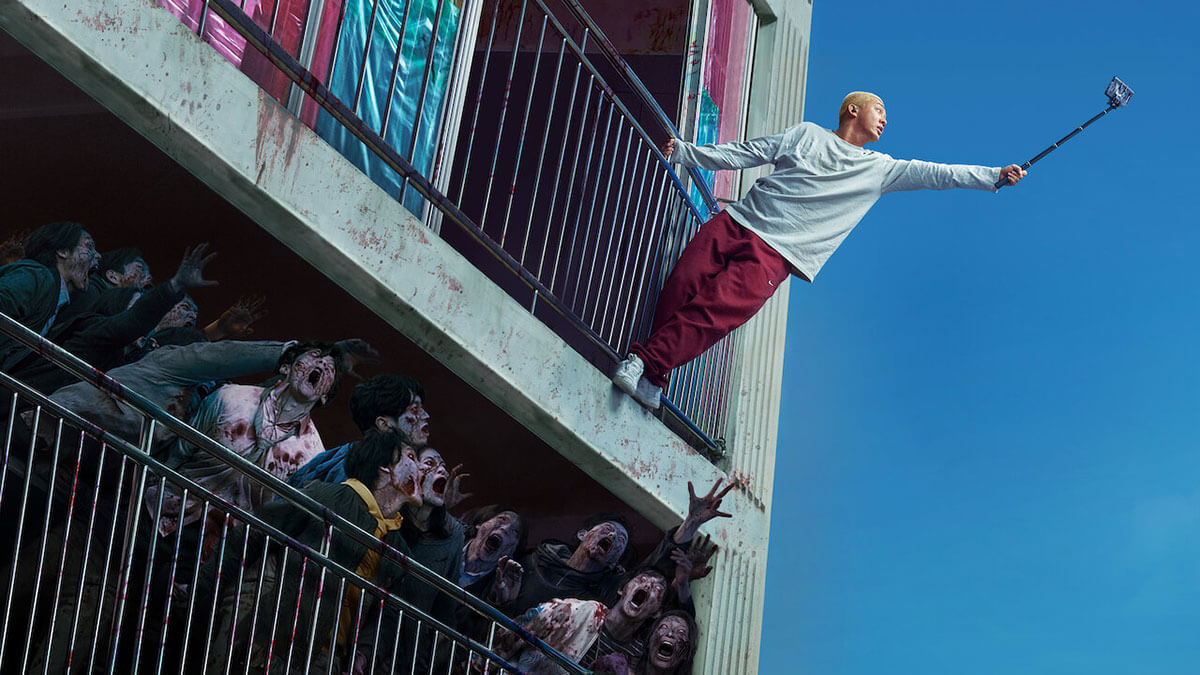 A lawsuit accuses Netflix of unlawfully releasing a dubbed version of hit South Korean Film #Saraitda, wiping out the potential audience for producers who claim to have the rights to an English-language version of the movie -- Bloomberg Law reported.

Hollywood Innovations Group said in 2019 it obtained the rights to all but the Korean-language version of #Saraitda, a blockbuster hit in Korea about a young man’s struggle for survival during a global pandemic -- which was written before the COVID-19 outbreak.

But as the California company was producing the English version of the Johnny Martin-directed film starring Donald Sutherland, titled Alone, Netflix used new language-dubbing technology and released the original in English under the title #Alive -- HIG said in a complaint filed in Los Angeles federal court on December 6.

“Netflix’s release of ‘#Alive’ devastated the market for ‘Alone’ and its October 2020 release,” HIG said in the complaint. “The illicit release of ‘#Alive’ in English thoroughly undermined the ability of HIG to secure attention and support for its film, costing HIG millions of dollars in damages for its own English-language film at a peak moment in terms of its resonance with audiences worldwide during the COVID pandemic.”

South Korea has become a lucrative market for Netflix. The company has invested more than $1 billion on South Korean content since 2015, which paid off with the enormous success of Squid Game -- the series alone brought nearly $1 billion profit for Netflix.

New dubbing technology was used on Squid Game, as well as other international hits like the Spanish show Money Heist and the French show Lupin, according to HIG, which accuses Netflix of weaponizing the technology without the appropriate licenses.

“Netflix has taken foreign movies which would have previously only enjoyed niche art-house audiences and, by creating derivative versions of these works dubbed in the local languages of numerous markets, made them widely accessible to a global audience,” HIG said in the complaint.

On Sept. 8, 2020, Netflix released #Saraitd as #Alive on its streaming platform. It was dubbed and subtitled in English and 30 other languages, HIG said. Two days after its release, the film reached a first-place ranking on the global platform, and by December 2020 it made the top ten list in about 90 countries.

HIG said it sent a demand letter to Netflix on Sept. 18, 2020, to remove the dubbed versions of the film from its platform, but Netflix refused.

The English version of the film was released a month later on video-on-demand and never made it to theaters.

HIG is seeking a court order prohibiting the distribution of all dubbed versions of #Alive, as well as damages and all profits Netflix derived from the dubbed versions. 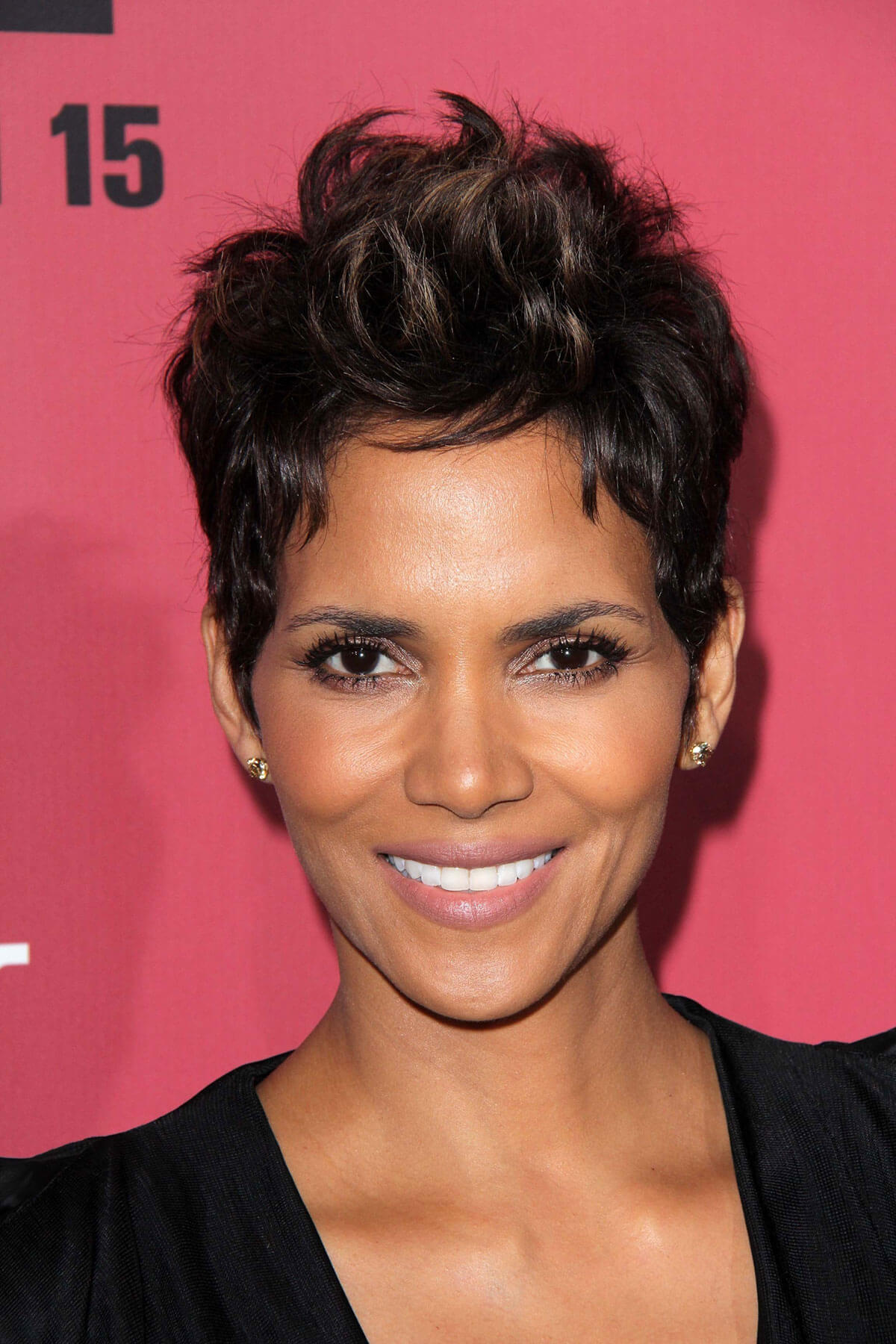 The Critics Choice Association held its fourth annual Celebration of Black Cinema and Television during an in-person ceremony on Dec. 6 at the Fairmont Century Plaza Hotel. Hosted by Emmy winner Niecy Nash, some of the honorees included Jennifer Hudson, Ruth Negga, and the cast of Jeymes Samuel’s The Harder They Fall.

Oscar and Emmy-winning actress Taraji P. Henson presented Halle Berry with the career achievement award to close the evening out, with Berry delivering a tearful and moving speech.

It’s been 20 years since Berry won the Academy Award for best actress for Monster’s Ball (2001). Referring to the questions she’s been receiving about still being the only Black woman ever to win the award, she said, “I feel heartbroken that no one stands next to me. I also want to say, we should not covet awards. Awards do not define our worth, our talent. So if no one ever stands fucking beside me, it doesn’t mean that we are not worthy and are not doing the work. It doesn’t mean that you’re not excellent. “Let’s stop coveting that and letting that be the measure of our worth and our success. I hope soon that someone is standing there but if you’re not, know that you’re worth it.”